ABOUT RASHAU:
Rashau was discovered or theorized late in my spiritual development upon reading the results of a seven page document that I had written to myself while in a meditative trance in the year 2008. In the letter I claimed to be writing from an unbiased view point as my "higher self" and had accused myself of ignoring possible evidence past and present that would point to an alternate or secondary life as a female dragon unrelated to the lifetime experienced as Korageth.

After reading the document I had immediately disregarded the possibility of a secondary incarnation as fluff. I had just explained away my past guides Jafira and Veltra and was confident and content with my knowledge and understanding of my spirituality in relation to Korageth. Suddenly claiming to have awakened as also having been a female dragon and throwing the social perception of gender confusion disorder out on to the web would be an extremely embarrassing and controversial scenario after just claiming a public victory in removing several years of fluff and confusion from my perceived beliefs.

The timing was awful, but after ignoring it for a few months I begun to open up to the idea, I was able to look back in my personal history and determine a few dreams in which I was a dragon other then Kora, and a few visions, emotions and day dreams of equal confusion, all of which had been disregarded in the past as odd manifestations of my anima or feminine side, but when placed in a spiritual context, were no less valid then the evidence used as the basis for Korageths spiritual existence.

Around that time, I confided with my mate Skyla and she tried to get me to be more accepting of the possibility, she drew several drawings of Kora and my prior guides as female versions of themselves and had requested I try to envision such, "If they're still the same, what would be wrong with having been Rashau in the past?" She reminded me that what ones spirit was does not reflect who and what they are today.

As further work towards acceptance of the idea, Skyla convinced me to attempt another meditative trance similar to the one that exposed Rashau's possible existence in the beginning, and in the claimed state of my higher self, I wrote a biography of her life and death to accompany the perceived biography of Korageth.

She appeared to have lived a nomadic and feral life traveling and existing alone for several years hibernating during the winters and basing her decisions and habits on the seasonal changes of her environment.

It is perceived based on past dreams and emotions that if Rashau is a true incarnation, then there is a powerful emotional memory of her finding a mate near a lake that was within her territory.

It is perceived that she had a much longer life in comparison to Korageth and alongside her theoretical aforementioned mate she had various offspring based seasonally over the course of several years, until apparently dying of some form of illness at a mid adult age. 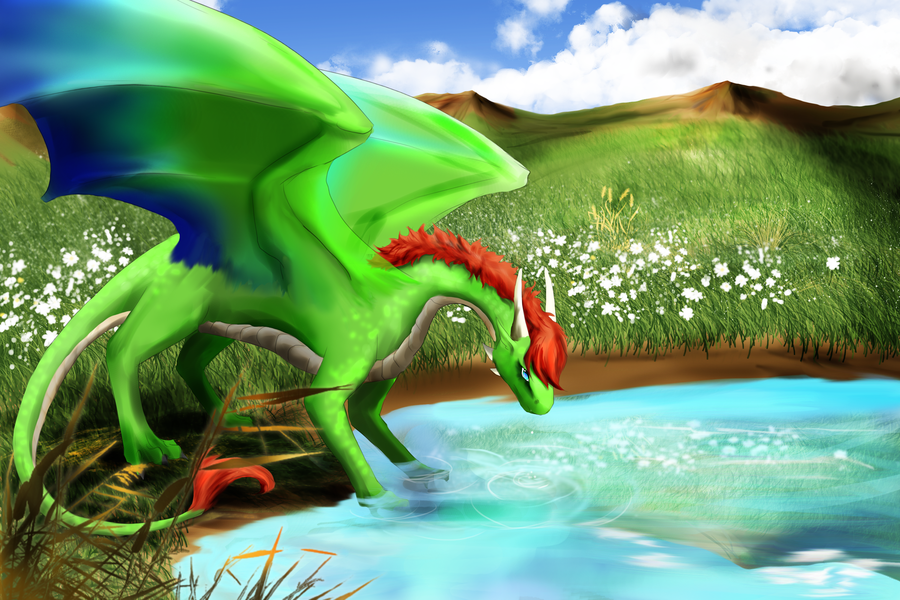